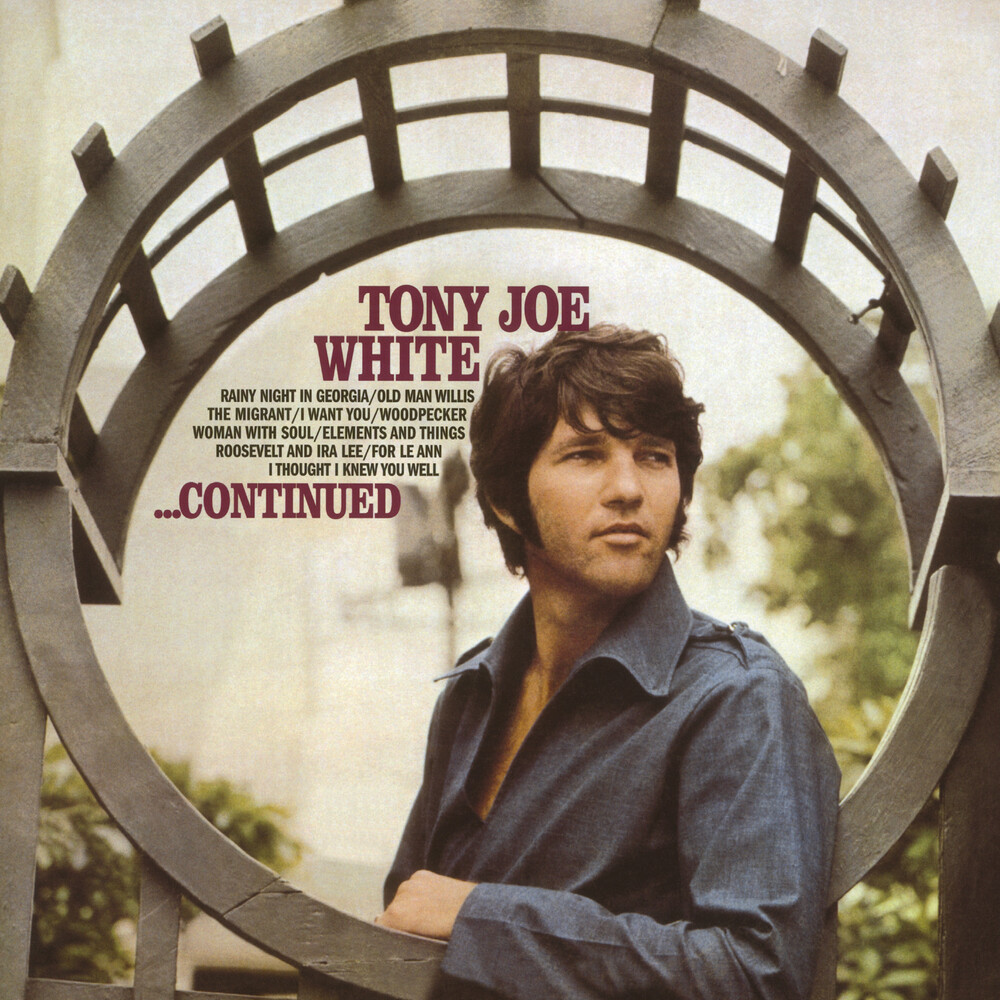 The term Swamp Rock was invented for albums like this. '... Continued' is Tony Joe White's second album released in 1969. Tony Joe White not only possesses an original, strong, intoxicating voice, he's a blistering singer-songwriter and musician with one foot in the blues and the other in the swamp, laying out one luscious number after another that will reach out and knock you over. Tony Joe White is a musician with an enormous fanbase among musicians of many different genres. This album features the single "Roosevelt And Ira Lee" and his evergreen "Rainy Night In Georgia", one of the most covered songs ever (a.o. by Ray Charles, Otis Rush, Randy Crawford, John Holt, The Gladiators). Including two bonus tracks.