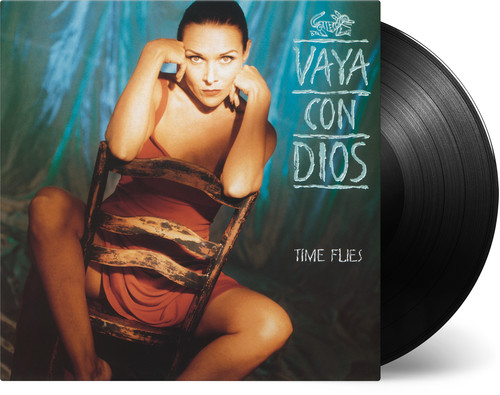 Limited individually numbered 180gm transparent vinyl LP pressing. Vaya con Dios was founded in 1986 by Dirk Schoufs, Dani Klein and Willy Lambregt. In 1992, Time Flies was released, produced mostly by Klein herself. Three singles were released from the album, the dramatic 'Heading For a Fall' doing well in several countries. The other two being 'Time Flies' and 'So Long Ago'. The album did very well in Europe, reaching #1 in Switzerland and The Netherlands and getting platinum certification in four countries, eventually proving to be the most successful Vaya con Dios album. In 1993 it was followed with the first Vaya con Dios world tour. Due to the tragic circumstances surrounding the unfortunate passing of Dirk Schoufs, Time Flies became a somewhat more melancholic album and is more blues and soul oriented.