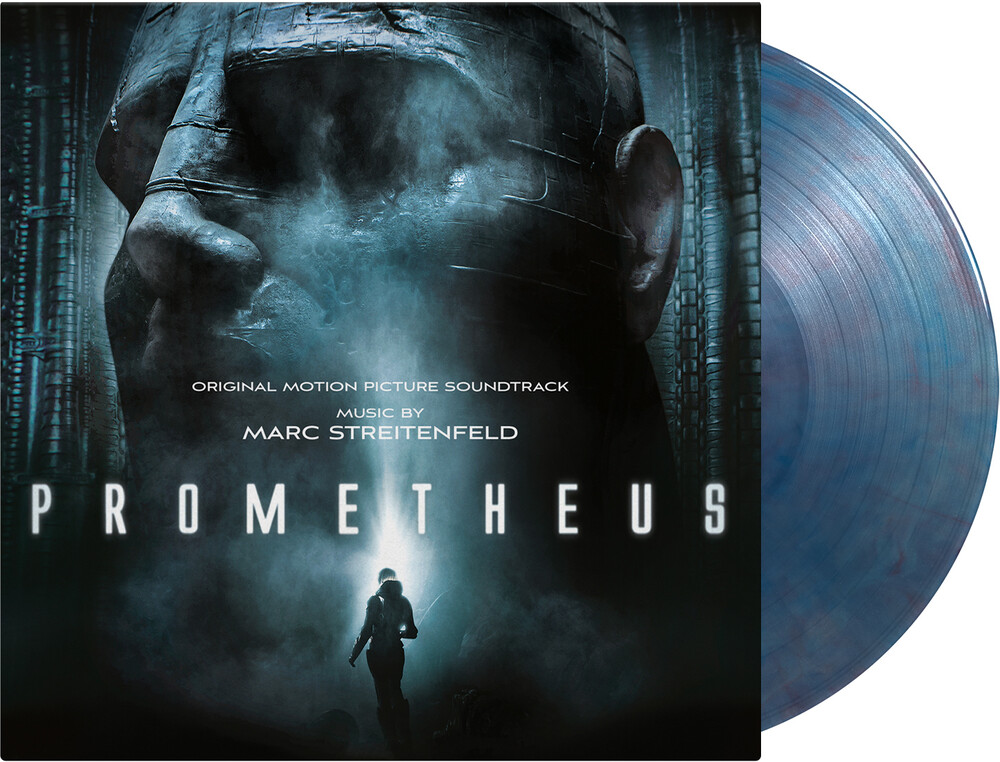 Double 180gm blue marbled vinyl LP pressing. Includes insert and litho. Prometheus is a 2012 science fiction horror film directed by Ridley Scott, written by Jon Spaihts and Damon Lindelof and starring Noomi Rapace, Michael Fassbender, Guy Pearce, Idris Elba, Logan Marshall-Green and Charlize Theron. It is set in the late 21st century and centers on the crew of the spaceship Prometheus as it follows a star map discovered among the artifacts of several ancient Earth cultures. Seeking the origins of humanity, the crew arrives on a distant world and discovers a threat that could cause the extinction of the human species.