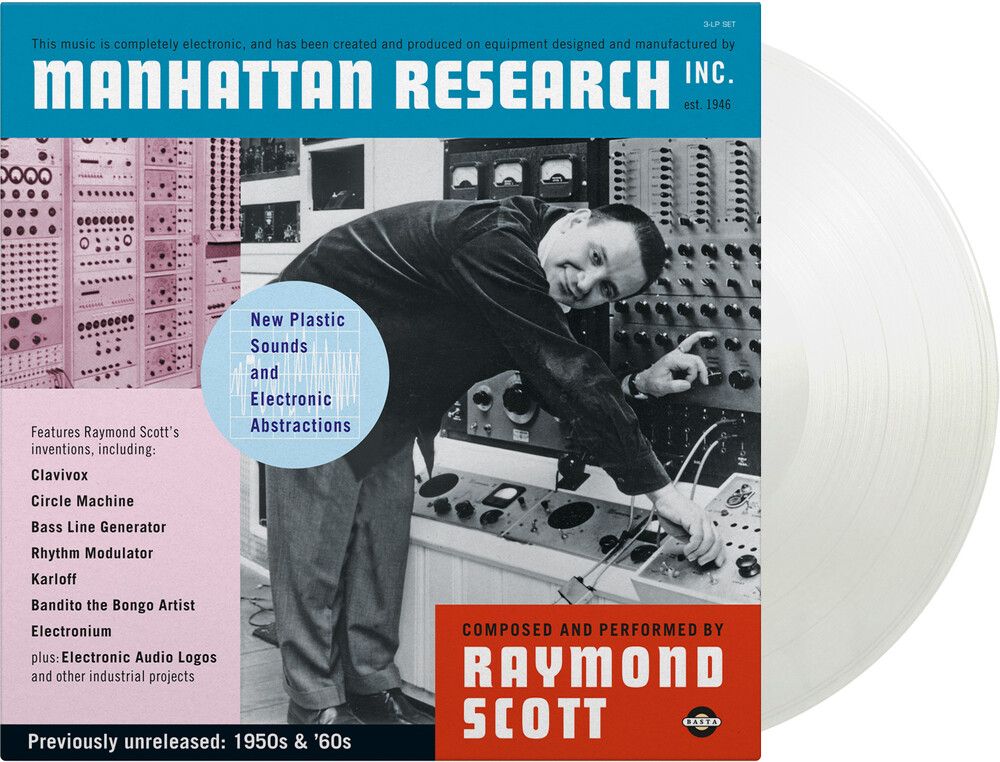 Raymond Scott (1908-1994) was a renowned bandleader, composer and pianist from the 1930s to the 1950s. Many of his playful riffs, originally recorded from 1937 to 1939 by the Raymond Scott Quintette, are genetically encoded in every earthling, having covered by many artists while also being adapted for cartoons like Bugs Bunny, Daffy Duck, The Ren and Stimpy Show, The Simpsons and Animaniacs.His Soothing Sounds for Baby (SSFB) trilogy showcased Scott as a pioneer of electronic music. His ambient minimalism ultimately became a source of inspiration for musicians like Terry Riley, Phillip Glass, Kraftwerk and Brian Eno. But SSFB couldn't prepare the world for the exotic artifacts found on Manhattan Research Inc. MRI, first issued on Basta in 2000, contains 69 tracks recorded from 1956 to 1969-over two hours' worth of Scott's ground-breaking electronic work in adult dimensions. Forays into abstract musique concrete are heard alongside film soundtrack collaborations with a young pre-Muppet Jim Henson, and pan-galactic sonics seemingly beamed down from hovering UFOs. In addition, MRI presents some of the first TV and radio commercials to featureelectronic music. MRI also features many of Scott's instrumental inventions.Music on Vinyl presents a new edition of MRI in a 3-LP set, including full track notes, a historical overview, and newly designed covers. The package contains an 8-page booklet, printed innersleeves and a free download coupon for the complete album. 750 copies of MRI are individually numbered and pressed on transparent vinyl.