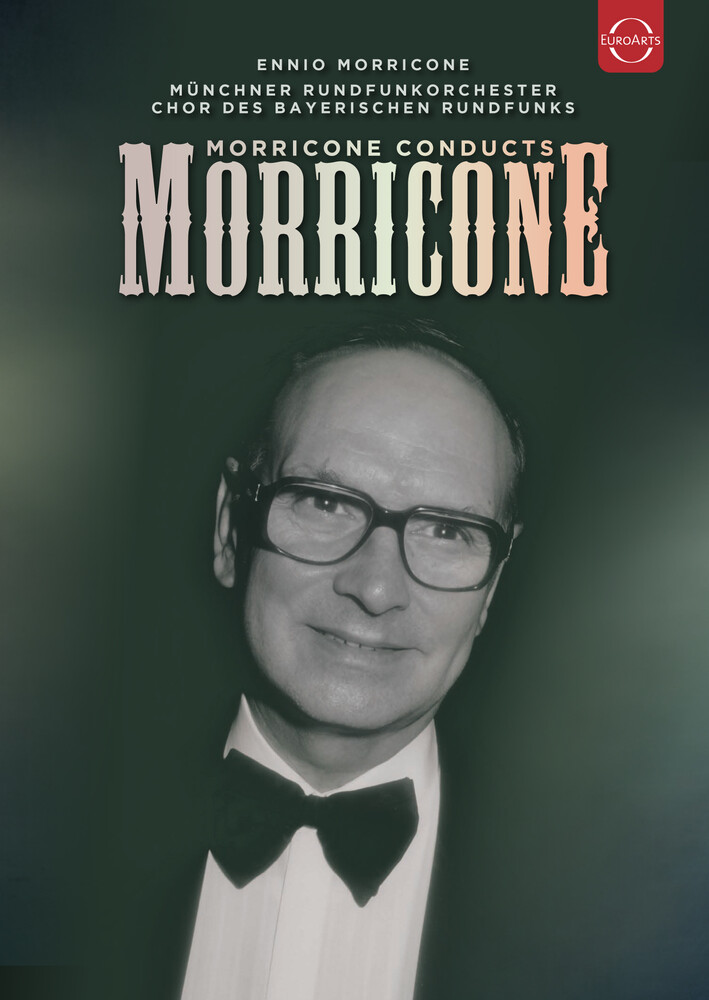 When we think of the quintessential Western movie, what music do we imagine hearing as the heroes face off in the sun and sand? Even those of us who have never seen a Western will certainly conjure up the music of the legendary Ennio Morricone. Perhaps chiefly known for his scores of Sergio Leone's Spaghetti Westerns-notably The Good, the Bad, and the Ugly and Once Upon a Time in the West-Morricone also provided the music for comedies like La Cage aux Folles, dramas like Cinema Paradiso, and action films like Quentin Tarantino's The Hateful Eight, for which Morricone won his first competitive Oscar in 2016 at the age of 87. His influence on contemporaries and successors is immeasurable, ranging from cinema and classical to pop, rock, and world music. Few silver screen composers have made so indelible a mark; his work is powerful enough to make good films great and great films greater. In this 2005 concert from Munich, Morricone conducts his own works, many even more iconic than the films they soundtracked.