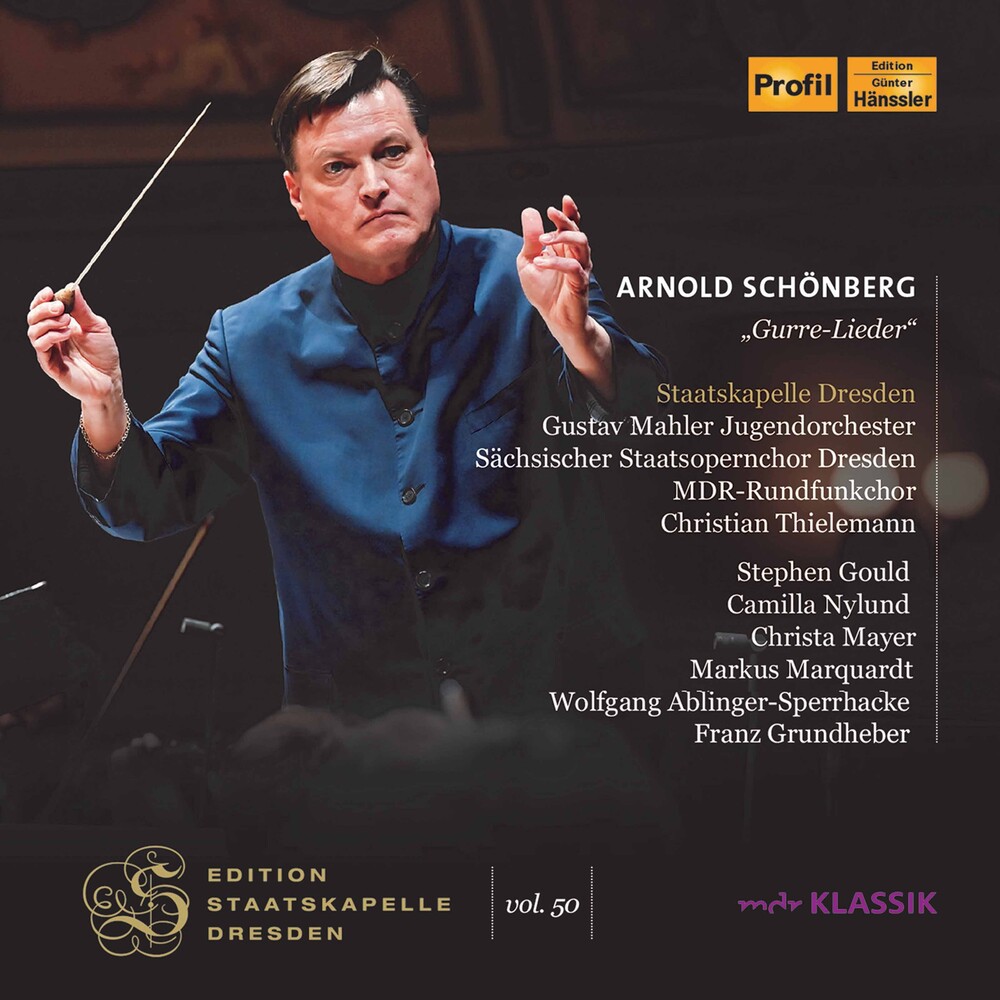 The Gurre-Lieder occupied various phases in Schoenberg's life. He explained it to Alban Berg thus: "I wrote the first and second parts and much of the third in March 1900. Then a long break, filled with operetta orchestration. Rest completed March 1901. Then orchestration commenced in August 1901 (again held up by other work). Continued in Berlin mid-1902. Then long interruption by operetta orchestrations. Last worked on in 1903. After that put aside and totally abandoned! Taken up again in Vienna in July 1910. All orchestrated except for the closing chorus. Finished in 1911 in Zehlendorf (outside Berlin)." On this release, the Gurre-Lieder is presented by the Staatskapelle Dresden as the 50th volume in their Edition Staatskapelle Dresden.