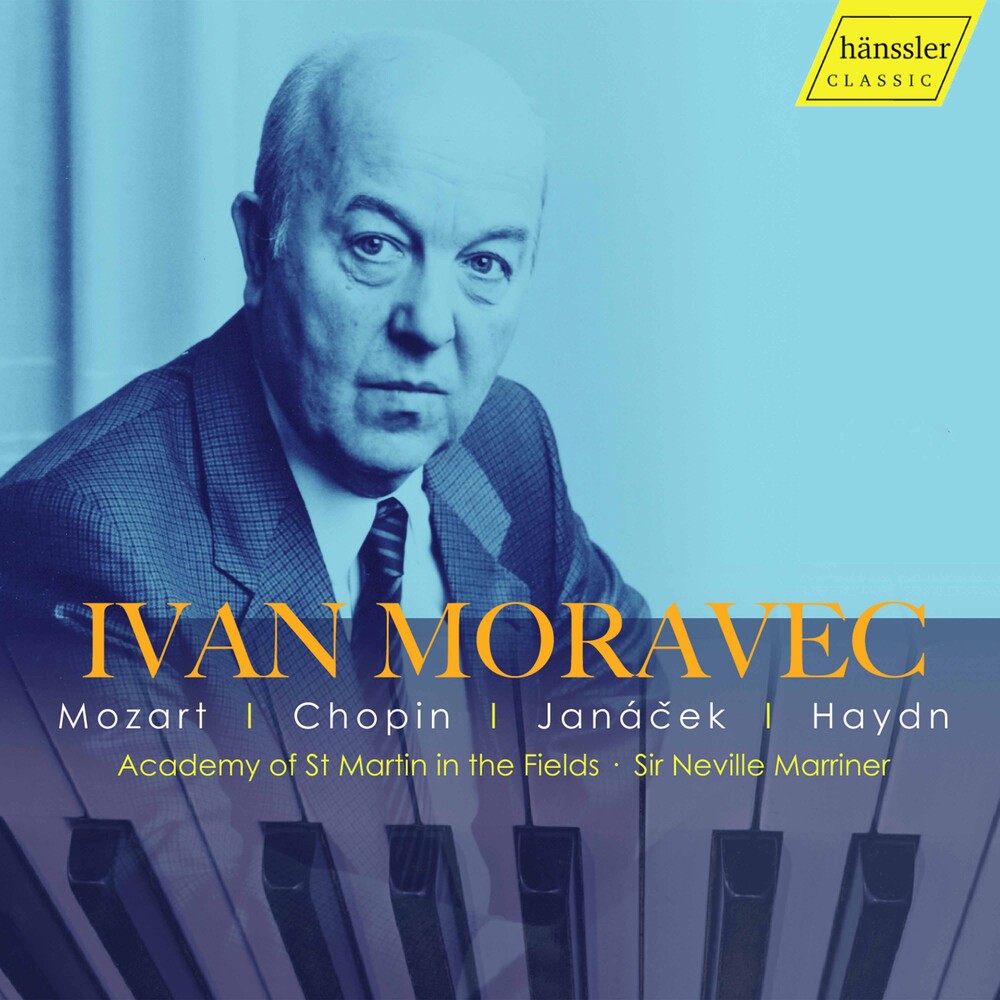 Long recognized as one of this century's great pianists, Ivan Moravec's performances and recordings alike have prompted critics in search of parallels to call up such names as Gieseking and Richter. Yet his musicianship, while it challenges comparison with these masters, is rivetingly and penetratingly individual in style. Ivan Moravec was born in Prague in 1930 and until the age of 15 his main musical interest was in opera. He later studied piano at the Prague Conservatory and the Prague Academy, performing during his student years in Poland and Hungary. In 1957, pianist Arturo Benedetti Michelangeli heard Mr. Moravec perform in Prague and invited him to Italy for further study. In 1959 he made his London debut. Ivan Moravec made his American debut in January 1964 with the Cleveland Orchestra and George Szell at Severance Hall; the following month, he made his New York debut at Carnegie Hall. In Europe, Mr. Moravec was welcomed regularly as recitalist and concerto soloist in the major music capitals, including London, Vienna, Amsterdam, Paris, Berlin, Leipzig, Dresden, Munich, Rome, Milan, Moscow and St. Petersburg.