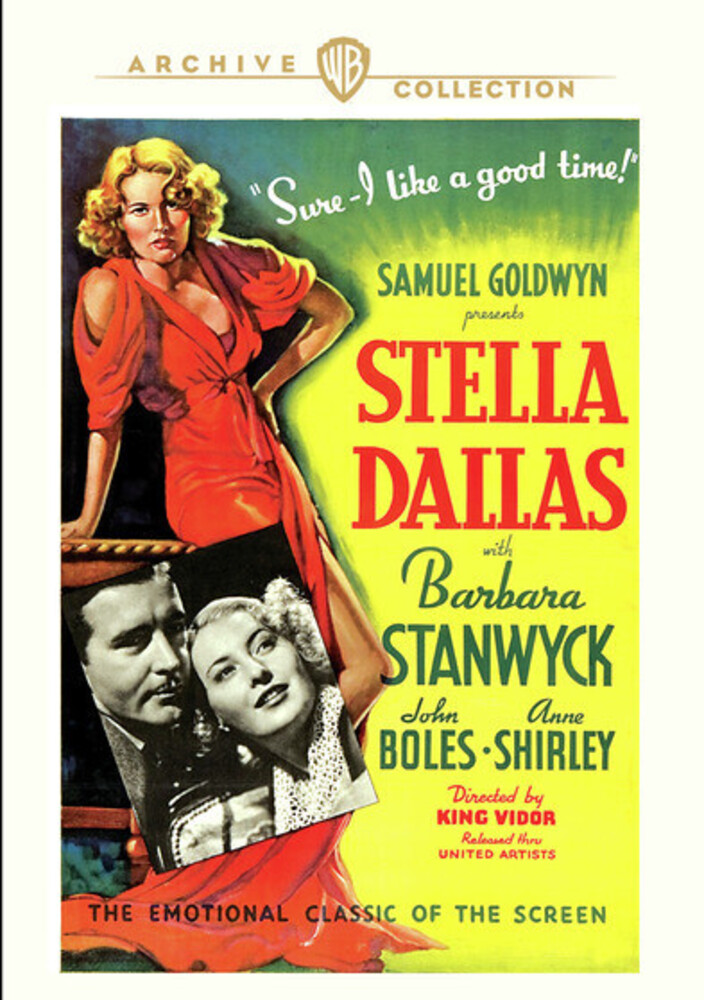 True heroines don't always save lives. Sometimes they're simply mothers with an everlasting devotion to their children. Such is the case in Stella Dallas. Starring Barbara Stanwyck in an Academy Awardr-nominated performance that's "as courageous as it is fine" (The New York Times), this enduring classic is a "vivid and authentic cross-section of American life [full of] deeply moving emotional power" (The Hollywood Reporter). Even after her marriage to well-bred Stephen Dallas (John Boles) ends, irrepressible Stella (Stanwyck) is determined to give their daughter (Anne Shirley) the life she never had. And when it comes down to her child's happiness versus her own, Stella's sacrifice is truly the epitome of bravery.