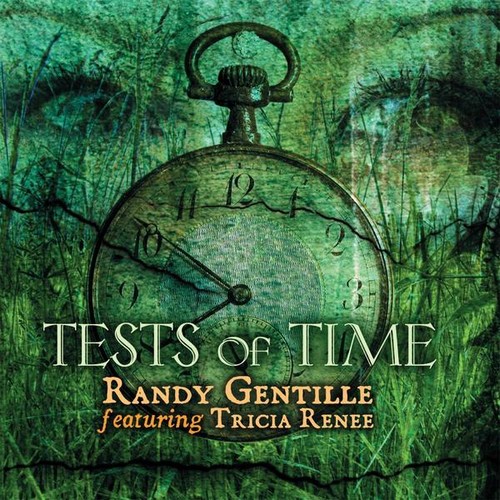 Just a little story - 'TESTS OF TIME' - How it all began! It's dusk. I'm standing outside, just awestruck with probably the most breathtakingly beautiful, Southern California sunset that I have ever seen! It's the kind of beauty that brings tears to your eyes. Just the day before, I'm at Audio Post Studios in Hollywood, California. Tom Pederson and I are laying down the tracks for my new song, 'Tests of Time' - my first instrumental (so I thought)!! The session went great and we captured everything that I envisioned capturing - instrumentally. Very satisfied with how it all came together, I am putting my guitar back in my case, getting ready to leave - Tom says, 'Randy, I have some homework for you! I would like you to create a few lines - 2 maybe 3, to vocally capture the 'Tests of Time' emotion.' Cool, I said - awesome idea!! (Oh, now we're back at the sunset!) (Over here!!) Totally surrounded by the incredible 'fiery' colors of this unique sunset, I look to the right - a perfect view of the Topatopa Mountains - SO MAJESTIC, and capped with pure white snow!! Instantly, my imagination creates this river, swiftly flowing down the mountainside through a valley of reds, blues, and greens. The feeling is incredible - QUITE SURREAL! The words, as well as the emotions, begin to flow.... A river flows swiftly down snow-capped mountains - quite surreal. Winding through valleys of reds, blues, and greens - as far as the eyes can see! Imagine bright colors of the spectrum surround you, More beautiful than marmelade skies. Somebody calls, your heart's pounding, it's racing The passion's revealed through your eyes!! Back at the studio - 'Tests of Time' is born!! Possibly my defining song as an artist and songwriter. SO MUCH meaning lies somewhat hidden in this song - a dual meaning, actually!! First of all... Well... just listen to the song - we'll talk!! 'MY BIO' Born and raised there, I spent most of my life in Mansfield, Ohio and the surrounding areas. At a very early age, I developed a true 'love' for music, and along with that love - a desire to pursue it! In my early twenties, I had the privelege of meeting an excellent musician, who I greatly admired - his name - Eric Barkdull. He was in a band and also owned a recording studio in Shelby, Ohio. He introduced me to a number of other great musicians. We then proceeded to record 2 songs that I had written - my first recording experience in the studio!! I fell in love!! Very quickly, I realized that my real passion in music was primarily songwriting and the 'studio experience'. With one of those songs, I won an award in the Music City Song Festival in Nashville TN. I just recently rewrote these 2 songs - they are on the 'Tests of Time' CD - 'Tonight' and 'Intimacy'. BUT, just like so many artists, I had this sort of 'nagging responsibility' to maintain a 'real job' so as to support and feed my family. So, life kinda got in the way, and again, like so many, I put my dreams on a shelf! Years went by - while my dusty dreams remained on that dusty shelf! In August of 2003, after many life changes and decisions, I found myself living in Southern California - in the Santa Barbara, Ventura, and LA areas. A few years later, I once again, had the privelege of meeting yet another great musician - Rich Pederson, of the band - 'Lights Out Loud'. Rich also introduced me to his brother - Tom Pederson - who just happened to own (guess what!) - a recording studio in Hollywood, California - now named Audio Post Studios. (Don't you just love how life has a way of making things happen!!). Tom, who I have come to admire, is an amazing person - one who is gifted in so many ways! Just a short time before that, I had picked my guitar back up, and once again began feeling 'inspired'! SO, I picked those dreams up off that dusty shelf, dusted them off, and started writing again - with a much greater passion and motivation! THEN, I met Tricia-Renee. She lives in Playa Del Carmen, Mexico - in the Caribbean. She was born and raised in Canada, where she just recently toured and performed. Tom had played a recording for me of Tricia that he had produced in his studio a while back. I totally fell in love with her voice! We contacted her and very shortly after, she flew out from Mexico - the rest you will find recorded on the 'Tests of Time' CD! The song - 'Trish's Song' - that I wrote and performed on the CD, paints a great picture of Tricia, and the awesome person that she is! I have been so honored to be involved with a number of other extremely talented musicians - you will find them listed in the 'SPECIAL THANKS' section of the 'Tests of Time' CD. Producing this 'Tests of Time' CD has been an incredible experience! I feel that I have finally accomplished one of my lifelong dreams!! I truly hope that you enjoy it!! Some of the 'tests' in our lives we pass with flying colors, some we just squeak by, and yet others we fail miserably!! This CD portrays all of these life and love 'experiences! Can you relate?? As I conveyed earlier, my main focus is songwriting and the 'studio experience'. My desire is not in 'performing'. My goal is to find 'performing' artists with whom to collaborate. If anyone is interested in any of my work, please contact me via e-mail at -- rgentille@roadrunner.com -- I am currently living in Ventura, CA. Sincerely, Randy.