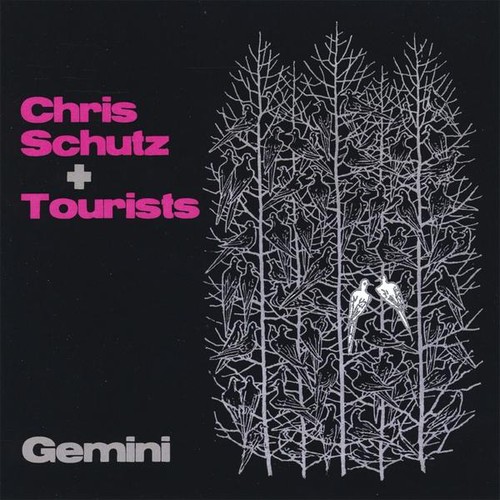 Songwriter, bandleader and multi-instrumentalist Chris Schutz shows all sides now on this, his debut full-length album, 'Gemini'. Influenced by artists as diverse as William S. Burroughs and the Bee Gees, Schutz gives listeners a window to look through and a candle to see by across these 11 tracks, mixed by Grammy award-winning engineer Phil Nicolo as Philly legendary Studio 4. There is a dash of folk, a taste of indie rock, a dram of punk and jazz that gels to make an album that stands up to repeated listening; this is no one-trick pony . Schutz writes what he writes without apology, avoiding genres and appropriating glimmers and glimpses of the present and past on 'Gemini'. But don't just take our word for how great this is, here's what folks are saying about 'Gemini' "No matter what genre Schutz is tapping into, his dynamic voice sells you on the song- it's damn near impossible to not sing the refrain on the choruses..." -Adam Zeilinski (thedelimagazine.com) "Think Calexico singing Dylan..." -Jordan Edwards (ThePitch.com) "Reminds you of a concert in a southern-set fairground. If you closed you're eyes, you could've sworn that Roy Orbison was right here..." -Ed Jorden (Doylestown Patriot) "Schutz not only has talent on his side, but the spirit, knowledge and savvy to get him there" -Fern Brodkin (The Phoenix) "Top flight indie rock" -Savannah Now This record recalls the great sounds of American music put into the sonic blender and retold through the lense of a thoroughly modern songwriter who channels the music of his Missouri childhood through a crack band and his own collection of strange days. Schutz is as much influenced by the work of a painter like Ellsworth Kelly as he is the conversation overheard on a city bus. On 'Gemini' the listener is transported to a world that seems strangely familiar but also fresh and new.