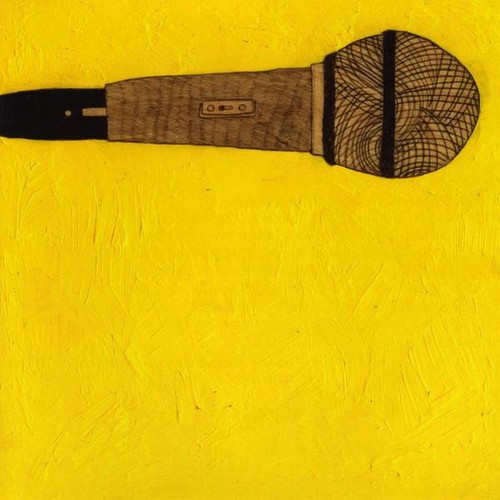 Bupkes is a reminder of something that made indie rock and DIY such an appealing alternative when it was in it's earlier stages in the '80s and '90s -- a de-emphasis of, or, in this case, complete lack of ego. The damn thing is incredible, but it's chief creator credits only his backing musicians in the liner notes; you have to trawl the net to find out that we have one Cody Hennesy, a librarian now living in San Francisco, to thank for this unassuming triumph. His tale is not an extraordinary one. He's been recording and releasing (read: passing out to his friends) tapes and CDRs for years as The Rhombus, Weird Auctioneer and with his band, Ball, while continually developing both the scope of his songwriting and it's production value. The thing that does separate Hennesy is simple -- he's better at it than almost everybody else. Bupkes seethes with the pure joy of creation. It's complex peaks and valleys are obviously the result of alert, time-consuming TLC, but it still crackles with spontaneity and the thrill of the unexpected. Hennesy's primary weapon is acoustic guitar, and these songs would still hold up if stripped down to just that and his voice. However, Hennesy and his slew of friends have gleefully crammed Bupkes with beats, drum loops, keyboards, samples and found sounds, raising it to the home-recorded equivalent of a Flaming Lips or Grandaddy album -- their own Sopht Bulletin, if you will. Considering that both it's resources and reach are significantly lower than those of the aforementioned bands, Bupkes probably has more in common with the sublime indie-meets-beats lo-fi of Fog. Like Andrew Broder, Hennesy has a maverick's ease with quirky, catchy tunes and an ear for low end-heavy accompaniment and production that raises them to new and more varied levels of interest. You can hear everything that makes The Rhombus so great on 'Lifeguard'. It's opening acoustic and synth duet is soon leveled by an illogical beat laced with subatomic bass hits right out of The Flaming Lips' 'A Spoonful Weighs a Ton'. Hennesy, in a clean, slack drawl like that of The Apples in Stereo's Robert Schneider, chimes in with appropriately bizarre lyrics ('with the lawn mowed and a cold one / hand me a bone saw / cut your own hands off'). He follows this with a wobbly but righteous guitar solo and ends it with some Animal Collective-style processed chanting and keyboard twinkle. In just over four minutes, 'Lifeguard' entirely justifies the continued proliferation of home recording. While no other song quite matches 'Lifeguard''s impeccability, Bupkes rarely falters and it's pleasures are constant. The violently strummed acoustic and haphazard percussion pounding of 'Limes and Talk' quickly turn a benign folk melody into a tornado of maxed-out noise. 'Vanya' lays cut-up vocals over Maria Forde's surprisingly fluid 'TV tray beat'. On the amusing 'Reflections of a Charbroiled Whiz-Kid', Hennesy worries that 'her dog is so big that it's embarrassing / oh no, please stop growing'. For anyone who's ever questioned Splendid's reckless 'review everything' policy, the otherwise impossible discovery of treasures like Bupkes is the answer. -- Justin Stewart Splendid.
This website uses cookies to personalize content and analyse traffic in order to offer you a better experience.
I accept Learn More
back to top