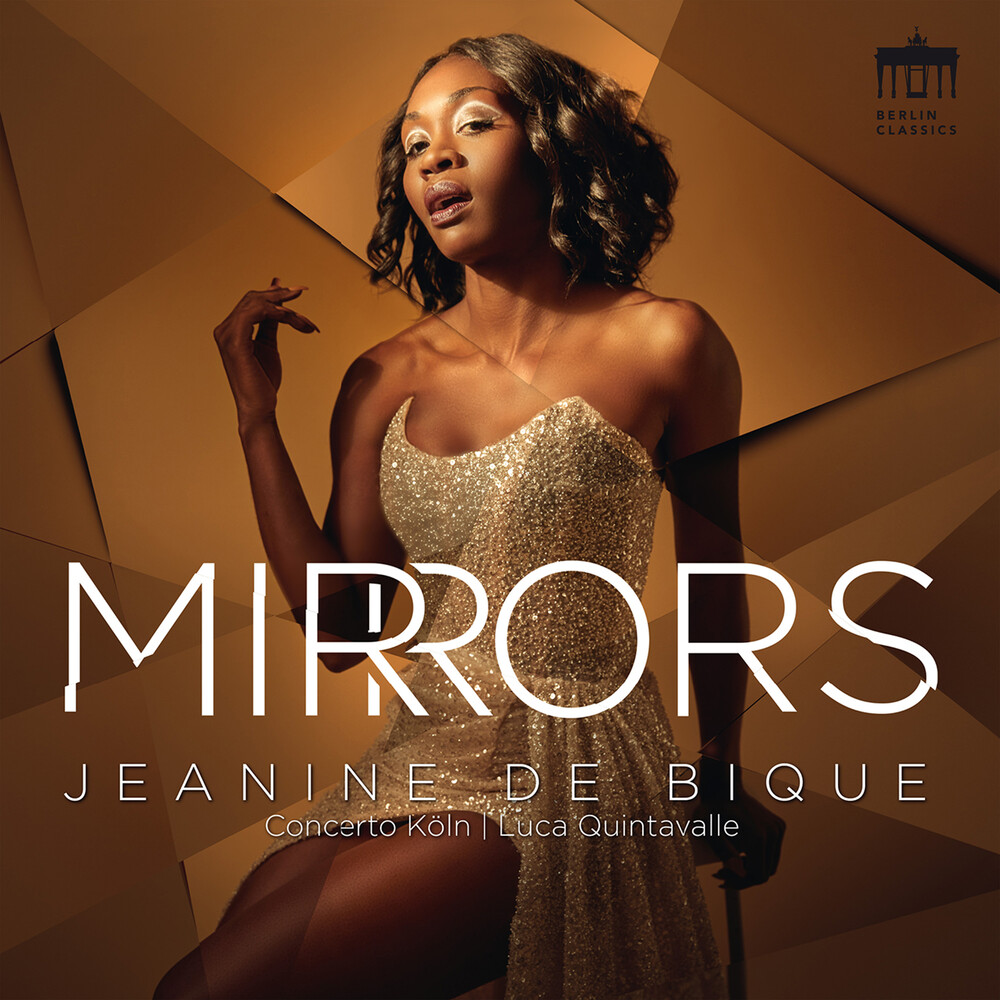 With rich texture and bold femininity, Jeanine de Bique releases her debut album "Mirrors" on October 22, 2021 on Berlin Classics! Miss de Bique is accompanied by the renowned baroque orchestra Concerto Köln, with musical direction by Luca Quintavalle. The album focuses on baroque arias and includes three world premiere recordings. Arias of heroines such as Rodelinda, Alcina and Cleopatra, composed by George Friderich Handel and his contemporaries- Carl Heinrich Graun, Riccardo Broschi and Georg Philipp Telemann complete the program. The female protagonists are central to the album's title and concept. "Mirrors" is the profound intimacy of Handel arias explored and juxtaposed with unknown arias of the same characters from the music of his contemporaries. Yannis François, musicologist and concept creator for the album explains: "The listeners can experience different reflections of the same character as if they were looking at themselves through a broken mirror." The arias tell of key moments in the psychological development of the protagonists, illuminate the diversity of the female experience and the relatable perspectives of their lives. The repertoire, adapts to the extraordinary temperament of Jeanine de Bique's voice, is designed to be rich in contrast and varied, allowing the versatile florescence of colors of her voice to stir and bloom. Mr. François remarks: "Not many sopranos can easily jump from Handel's Rodelinda to Weber's Agathe to Maria von Trapp in The Sound of Music! The possibilities of developing a program for her debut album were endless!"
back to top