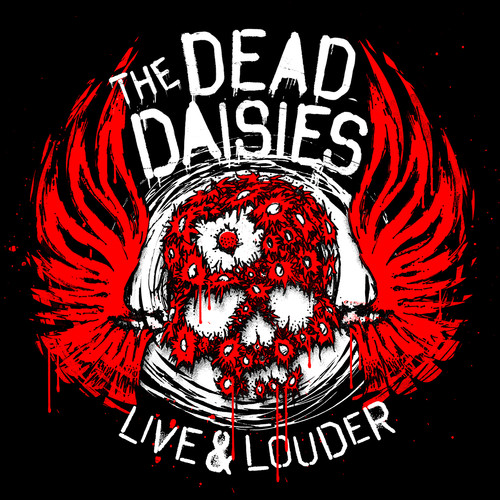 180gm vinyl LP pressing with CD. Not to turn down a good opportunity, the band recorded a number of shows on the UK & European Tour and, with the team that already made 'Make Some Noise' blow speakers worldwide. The album was mixed by Anthony Focx (Aerosmith, Bad Company, Metallica, Santana) at Focxhole Studios and mastered by Howie Weinberg. They assembled a true monster in the vein of the great Live Albums of the 70s. You can feel the sweat drip from the ceilings, the energy of the crowd becoming one with the band, screaming, hollering and forgetting about the often mundane reality for a night of true Rock'n'Roll. Warts 'n all, 'LIVE & LOUDER' is a document of a band in their prime, a raw slice of visceral energy, an in-your-face assault on the senses. Simply: THE Dead Daisies in their element and at their best! 'LIVE & LOUDER' will be released in a number of different, exciting formats.