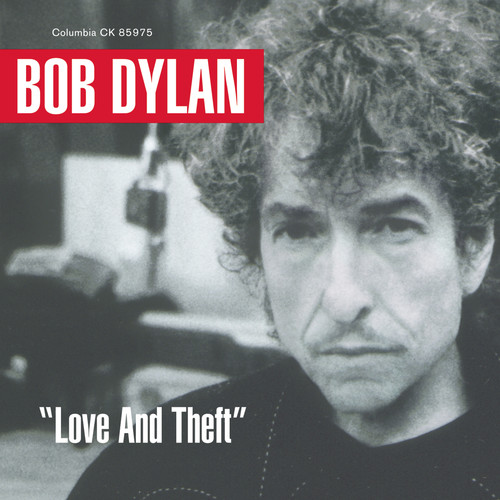 CD Love and Theft is the thirty-first studio album by American singer-songwriter Bob Dylan, released on September 11, 2001 by Columbia Records. Though often referred to without quotations, the correct title is "Love and Theft". It featured backing by his touring band of the time, with keyboardist Augie Meyers added for the sessions. It peaked at #5 on the Billboard 200, and has been certified with a gold album by the RIAA. This album was one of fifteen Dylan titles reissued and remastered for SACD hybrid playback. This album has been incorrectly cited as being recorded digitally into Pro Tools. This album was recorded to a Studer A800 mkIII @ 30ips on BASF/Emtec 900 tape at +6/250 nanowebers per meter. Pro Tools was used solely for editing of specific tracks and was thus used very sparingly. Whatever work was done in Pro Tools was flown right back to the 2-inch (51 mm) masters. It was mixed from the 2-inch (51 mm) masters to an Ampex ATR-102 1-inch 2-track customized by Mark Spitz at ATR Services.