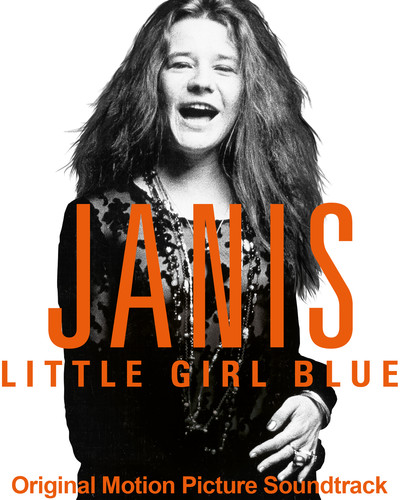 Janis Joplin is one of the most revered and iconic rock & roll singers of all time, a tragic and misunderstood figure who thrilled millions of listeners and blazed new creative trails before her death in 1970 at age 27. This soundtrack to the acclaimed documentary, Janis: Little Girl Blue, showcases Janis at her very best and features brand new liner notes from Oscar nominated Director & Producer Amy Berg, rare, vintage photos and reproductions of letters written by Janis as detailed throughout the documentary.

A remarkable career-spanning anthology, Janis: Little Girl Blue (Original Motion Picture Soundtrack), brings together 17 essential Janis Joplin live and studio performances, including classic solo and Big Brother & the Holding Company tracks. The album debuts a previously unreleased version of "Piece of My Heart" (also featured in the documentary and recorded live at the Generation Club in New York City in April 1968 during the Wake for Martin Luther King concert, this performance was included in the 1991 D.A. Pennebaker/Chris Hagedus short film, "Comin' Home," and has been never been available as a commercial audio release).