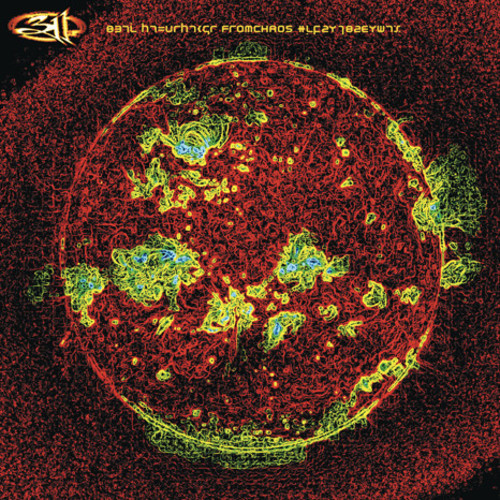 Limited vinyl LP pressing. From Chaos is the sixth studio album by the alternative rockers, originally released in 2001. In 2000, before this album was recorded and released they left Capricorn Records and switched to Volcano Entertainment as their permanent label. Singles from this album include "You Wouldn't Believe", "I'll Be Here Awhile", and "Amber". The latter was the most popular single from the album, and it still remains 311's most popular single to date. From Chaos is the first album to ever be recorded in 311's current recording studio The Hive in North Hollywood, California. 311 was formed in 1988. The band's name originates from the police code for indecent exposure in Omaha, Nebraska, after the original guitarist for the band was arrested for streaking.