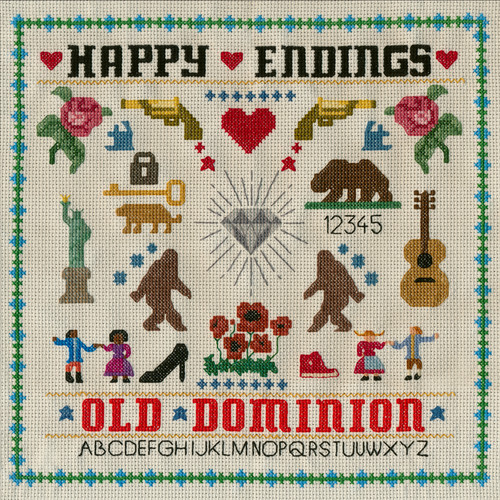 2017 release, the highly anticipated second album from Old Dominion. Happy Endings has 12 new songs that showcase the group's confidence with incorporating pop and rock touches into easily digestible, radio-friendly modern country. Their performance of "No Such Thing As A Broken Heart, " the first single from highly anticipated second album Happy Endings was the #1 Shazamed song during the Academy of Country Music Awards. The band's debut album Meat and Candy has been RIAA-certified Gold. Performed more than 180 Shows in 2016, including a sold-out Fall Tour and selected as part of the inaugural Stagecoach Spotlight Tour.