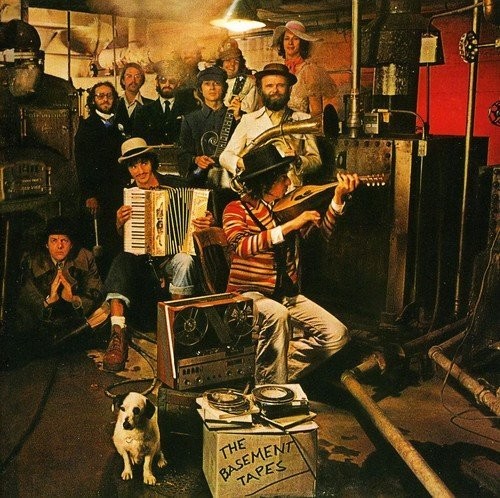 The Basement Tapes is a studio album by American singer-songwriter Bob Dylan and The Band. It was released on June 26, 1975, by Columbia Records and is Dylan's 16th studio album. The songs featuring Dylan's vocals were recorded in 1967, eight years before the album's release, at Big Pink and other houses in and around Woodstock, New York, where Dylan and The Band lived. Although most of the Dylan songs had appeared on bootleg records, The Basement Tapes marked the songs' first official release. IMPORT