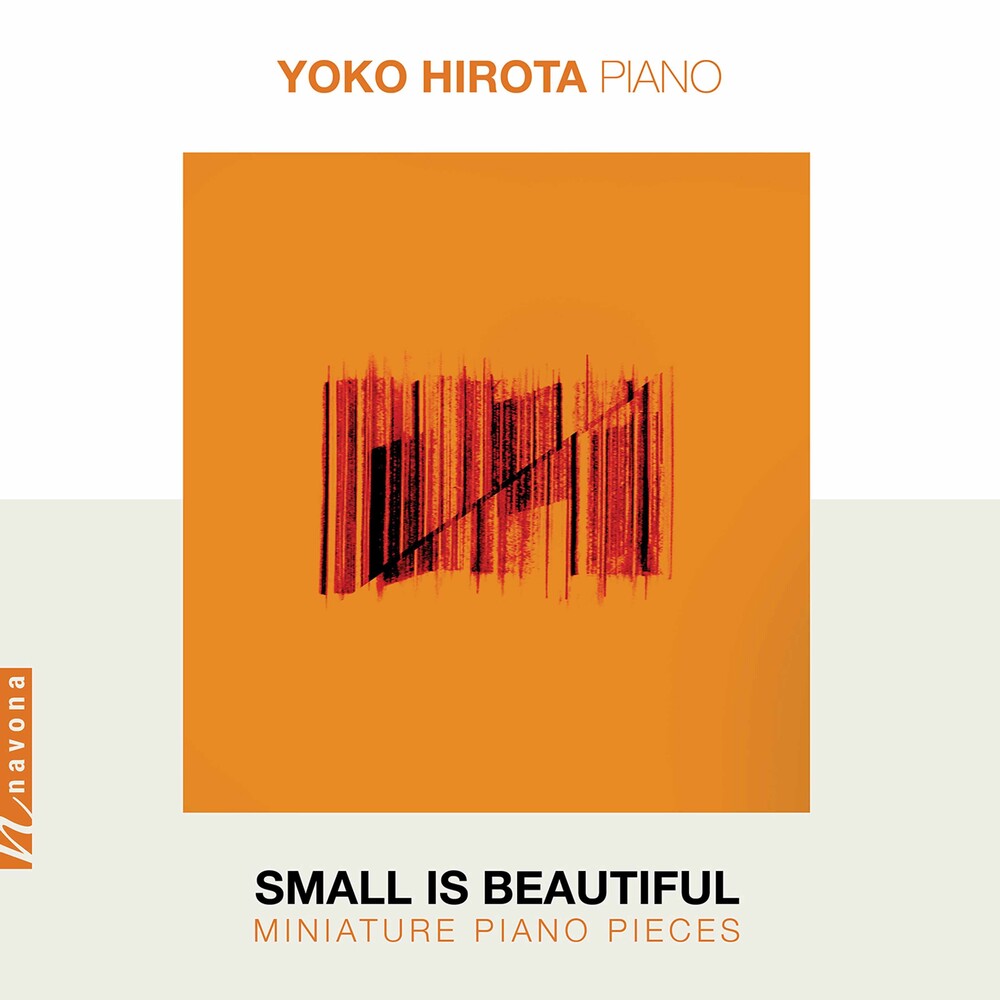 Japanese-Canadian pianist Yoko Hirota stuns with impeccable pianism on SMALL IS BEAUTIFUL: MINIATURE PIANO PIECES. Originally recorded in 2009, this remastered edition brings out the intricacies of 20th- and 21st-century piano composition with a clarity that was previously unheard of. The first half of the album's track list reads like an exhaustive compendium of 1900's compositional celebrities: Schoenberg, Krenek, Ligeti, Berio. It's a brainy choice: the tracks on SMALL IS BEAUTIFUL aren't ordered by length, as one might intuit, but instead in geographical and roughly chronological order. Vienna's modernists may have laid the foundation, but North America's modernists took serial and atonal composition to the next level. And so, to do the matter justice, there is a splendidly representative selection of Elliott Carter's oeuvre, along with pieces by Canadian composers - John Beckwith. Despite the immense differences in cultural background and era - the selection spans almost a century, after all - they are all united by one distinguishing feature: They are short pieces, with lengths between 31 seconds and six-and-a-half minutes. Yoko Hirota, who holds a doctoral degree in piano performance and currently teaches the piano at the Music Department of Laurentian University in Ontario, Canada, plays all of these pieces with academic precision, regardless of their respective geographical or temporal provenance. A recording veteran with six previous contemporary albums under her belt, her grasp of the modernist zeitgeist is not only palpable, but extraordinary. And it shows: there is a subtle lyricism even where traditional harmonies clash, a sensitivity not just for the musical language of the era, but for the greater principles that underpin them. SMALL IS BEAUTIFUL doesn't just serve as an index of contemporary piano composition and it's roots, it's a worthwhile addition to a modernist record collection on merit of Hirota's powerful interpretation alone.