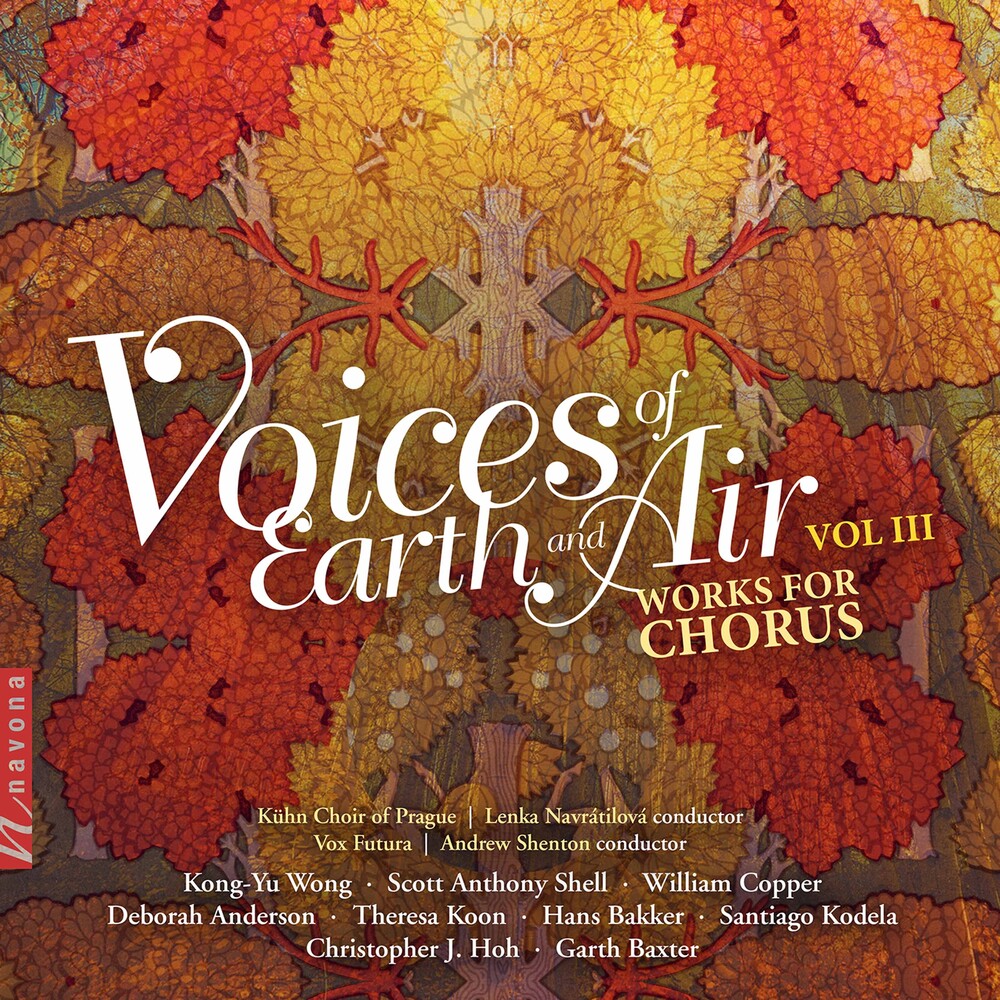 The third installment of this trailblazing series again showcases contemporary choral music, and once more, it is mesmerizing - mesmerizingly tonal and aesthetic. Cantonese-born Kong-Yu Wong introduces the album with Three Lyrics of Lu Fang Weng. The work consists of a prelude and three choral works based on poems by the 12th-century Chinese poet, which are so timeless in nature that they might well have been written yesterday. The poetic theme is continued with Gitanjali 1, Scott Anthony Shell's interpretation of spiritual poetry by mystic Bengali poet Rabindranath Tagore. William Copper carries on the spiritual subject with his Ave Regina Caelorum, a beautiful example of compositional craftsmanship. Quite a unique take on what could be called a bel canto choral work, it dazzles with impeccable structure and intonation. Deborah Anderson is featured with two sublime compositions. Windows is a work for women's choir, based on a poem by a French priest. Colorado Prayer is scored for mixed choir and based on a text by a traveling minister. Mother of Exiles, written by Theresa Koon, aims not only to address the complex issue of immigration, but to offer a voice to immigrants who lack one. Hans Bakker strikes a philosophical note with Rat (English: "counsel"), based on a life advice-giving poem by little-known German mystic Joseph Anton Schneiderfranken. Even more metaphysical is his second featured work, Ich habe den Menschen gesehen (I have seen Man [in his deepest form]). Santiago Kodela's The Gulag Within may well be the most modernist piece on this album. Music at the Heart of Creation by Christopher J. Hoh aims to portray the centrality of music to both spiritual worship and to Life itself. Garth Baxter rounds off the album with Still Falls the Rain, a lyrical, powerful piece based on one of Edith Sitwell's best- known poems.