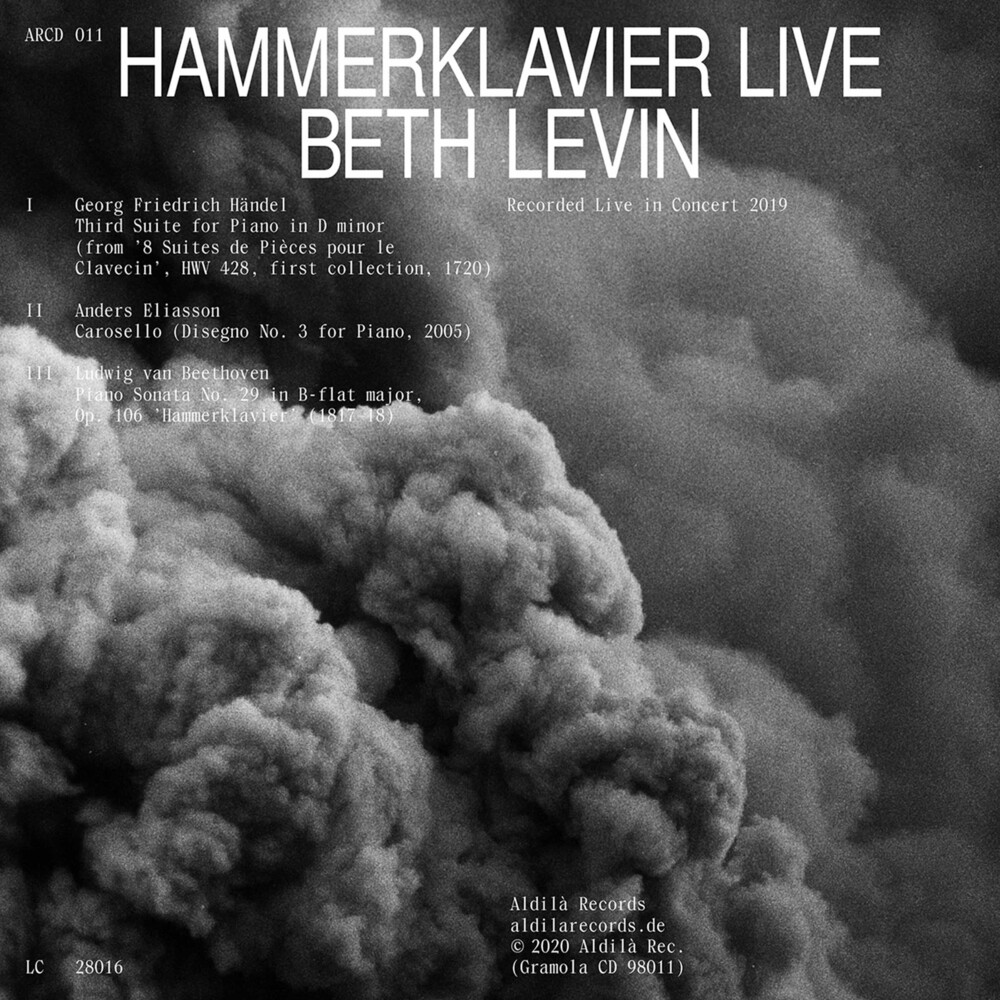 When Beth Levin released her third live album seven years ago, she summed up Ludwig van Beethoven's last three piano sonatas under the motto 'A Single Breath'. At the time, a critic called her a titan and wrote that she played as if she was a contemporary of Eduard Erdmann, Artur Schnabel, Wilhelm Backhaus and Walter Gieseking. This has not changed. Since then, colleagues, admirers and connoisseurs have repeatedly asked her to present her interpretation of the Hammerklavier Sonata. She has now complied with this request, also with a 'Live in Concert' recording. And again she plays in a highly explosive manner, spontaneously as in an improvisation and at the same time with an incorruptible inner logic, with inexhaustible power and an immense dynamic spectrum of expression. The Hammerklavier Sonata forms the symphonic climax of Beethoven's piano work with it's final fugue that transcends all boundaries. This concert program is introduced with a suite of George Frideric Handel, including a set of wonderful variations. Handel was Beethoven's favorite composer, and the motto "All power to the dominant" could stand above both composers. Between the works of the two old masters is the 3rd Disegno by the great Swedish composer Anders Eliasson, who died in 2013, entitled 'Carosello'. This free-tonal cantabile study in 5/4 time creates a sphere of weightlessness in contrast to the cadential purposefulness of Handel and Beethoven. "One may agree with it or not. No one plays Beethoven like Beth Levin." (Christoph Schlüren, 2013)