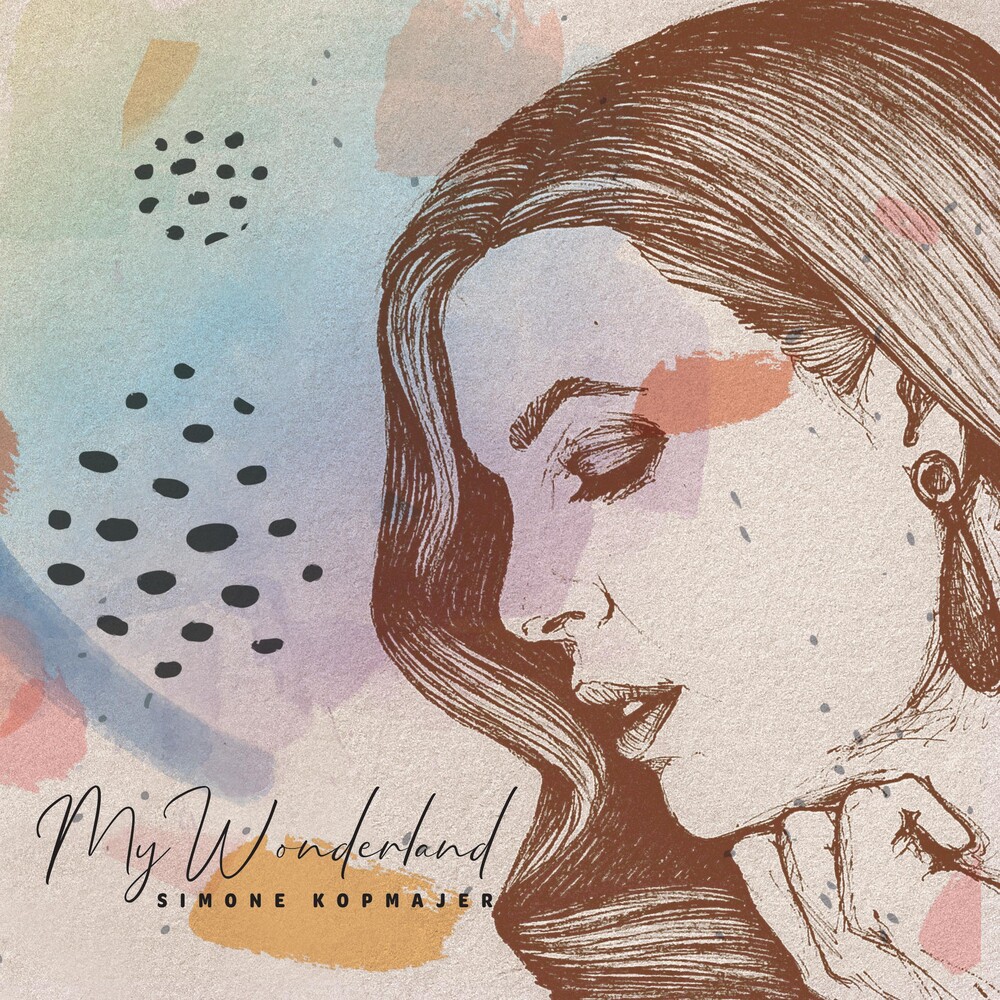 "My Wonderland" is Simone Kopmajer's new solo album containing a 12-song set that presents 4 new originals alongside some of the most beautiful Latin Classics (Voce E Eu, So Danco Samba,...) and covers of songs written by Santana and Burt Bacharach. Simone's sensual voice accompanied by the leader of the Tommy Dorsey Orchestra jazz saxophonist Terry Myers, pianist Paul Urbanek, guitarist Martin Spitzer, bassist Karl Sayer and drummer Reinhardt Winkler makes this album a "must-have" for all Latin/Bossa Nova fans. IMONE KOPMAJER She has soul and a particular charismatic tone in her voice that gives each song that special something. Born in Schladming, Austria, Simone Kopmajer already achieved at a young age what many musicians, bands and ensembles dream of - the launch of a successful international career. In the United States, Japan and Southeast Asia, the singer is a household name for lovers of demanding and refined jazz music. She fills large concert halls, performs as the headliner of major international festivals and has sold thousands of CDs worldwide Simone manages to give her songs a very specific emotional, charming and in-depth note, which simply touches the people. Her sound is located somewhere between jazz, swing and tasteful pop. Although her music is very relaxed, flowing and elegant, it is also very playful and varied - these multilayered facets distinguished her early off from similar formats and made her music all the more interesting. With the ability to constantly raise her music to the next level, we may assume that there is yet a lot more to come and it will be exciting to see where the journey will still take this exceptional singer. Simone worked together with: George Mraz, Victor Lewis, Houston Person, Dick Oatts, Richie Goods, Eric Alexander, Ira Sullivan, Terry Myers, Wolfgang Puschnig, John di Martino, Kenny Davis, Jamaaladeen Tacuma, Herbert Joos, Larry Coryell and many more.