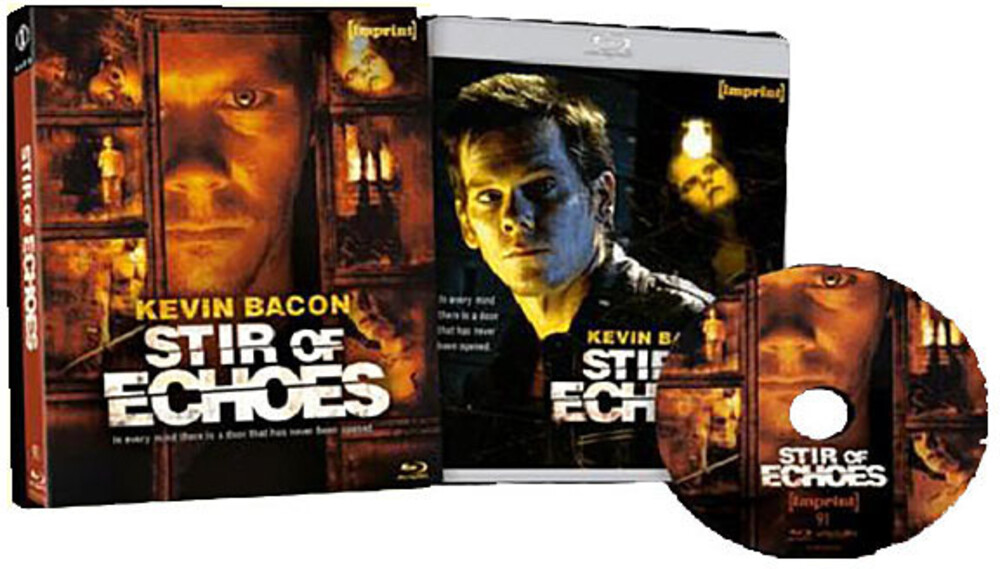 In every mind there is a door that should never be opened. Tom Wiztky (Kevin Bacon) is a normal, hard-working family man whose life is turned upside down when he is hypnotised at a neighbourhood party. He starts seeing things he cannot explain and the visions get more graphic and horrific. He then begins to realise that the visions are of an unsolved crime. When his nightmares start to come true, Tom has had enough, only to find that the more he wants out the more he wants to solve the crime. Stir of Echoes is a highly atmospheric 1990s supernatural horror film adapted from a Richard Matheson novel. Special Features and Technical Specs: 1080p High definition presentation; NEWÂ Interview with Director David Koepp; NEWÂ Interview with Production Designer Nelson Coates; Audio commentary with writer/director David Koepp; "Sight of Spirits: Channelling the Paranormal" 2004 featurette; Deleted scenes; "Behind the Echoes" 2004 featurette; "The Mind's Eye: Beneath the Trance" 2004 featurette; Special Effects featurette; Production Design featurette; Screen tests; More extras to be announced!; Theatrical Trailers & TV Spots; DTS-HD 5.1 audio; Aspect Ratio 1:85:1;Optional English subtitles; Limited Edition slipcase on the first 2000 copies with unique artwork.
back to top